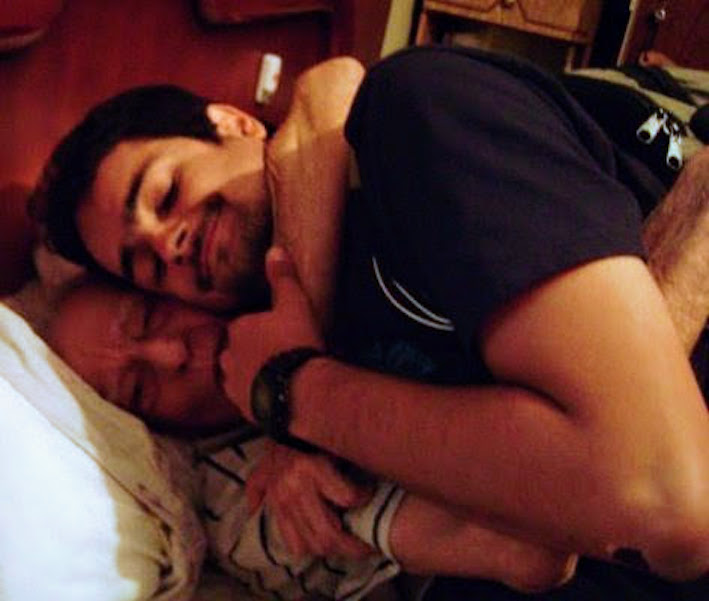 My maternal grandfather, with whom i shared a bedroom growing up, has been the single most important presence and reference in my life. He passed away in 2010, at the age of 95-almost-96 (longevity ran in his family). Being raised by this wise and experienced man a generous lifetime older than me often felt magical — i was once certain (read hopeful) he was immortal.

I am now convinced ‘he’ no longer exists — at least not in any way i could interact with — except in my dreams!

For a few weeks after his passing, he was the subject of vivid dreams that i would often wake up from with a wide smile on my face! — duly filled by our recent “interaction” — grateful for the new “memory” from Grandpa to cherish until it dissipated along my morning routine.

Those dreams have become less and less frequent, and it’s been just a couple of those a year these days. A few years ago i decided to start “collecting” them — i’ll usually record them into my phone when i wake up in the middle of the night, and then transcribe them into a notebook in the morning. Even when i don’t remember the dream itself, hearing my groggy voice describing it is still refreshing!

One fascinating feature of those dreams is that i have never had a single negative interaction with Grandpa in any of them throughout all those years. I’m not sure how dreams are constructed and what that may or may not mean — it makes me look forward to a lifetime of occasional, unexpected, nourishing visits from Grandpa though.

___
Featured photo: greeting Grandpa upon my arrival in one of my visits back home when i was studying in the US ( Brasília, Brazil – Summer ’09 )