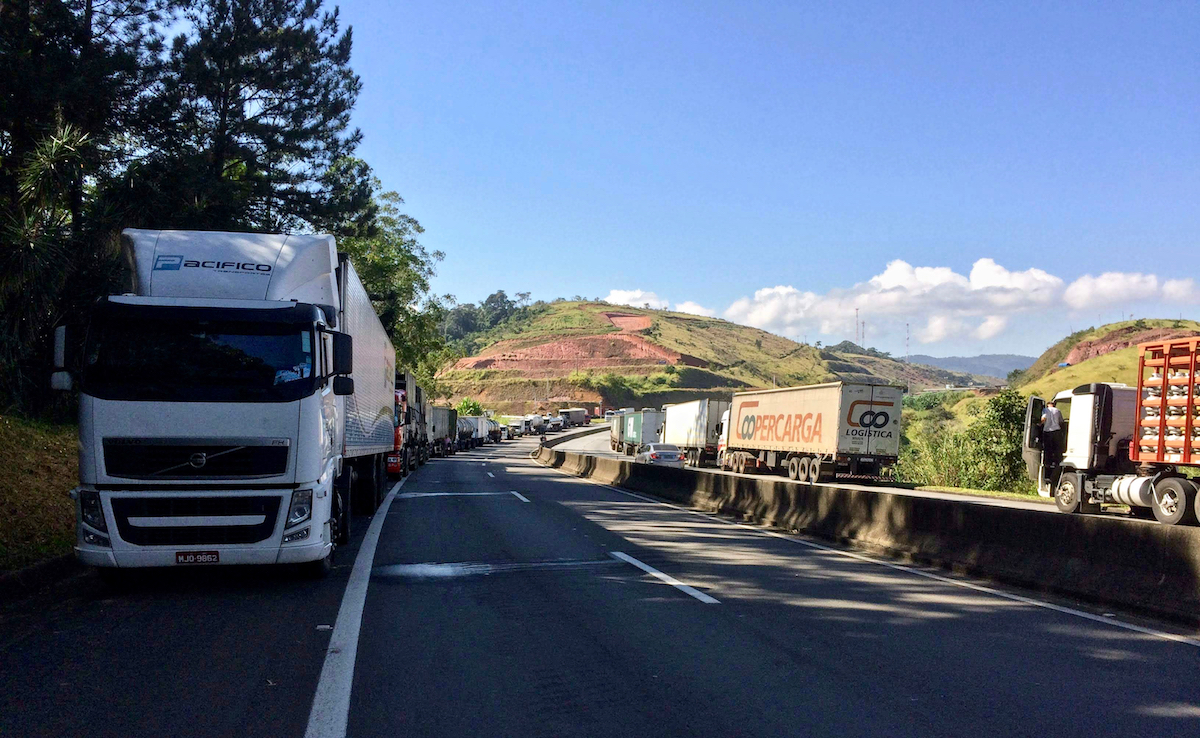 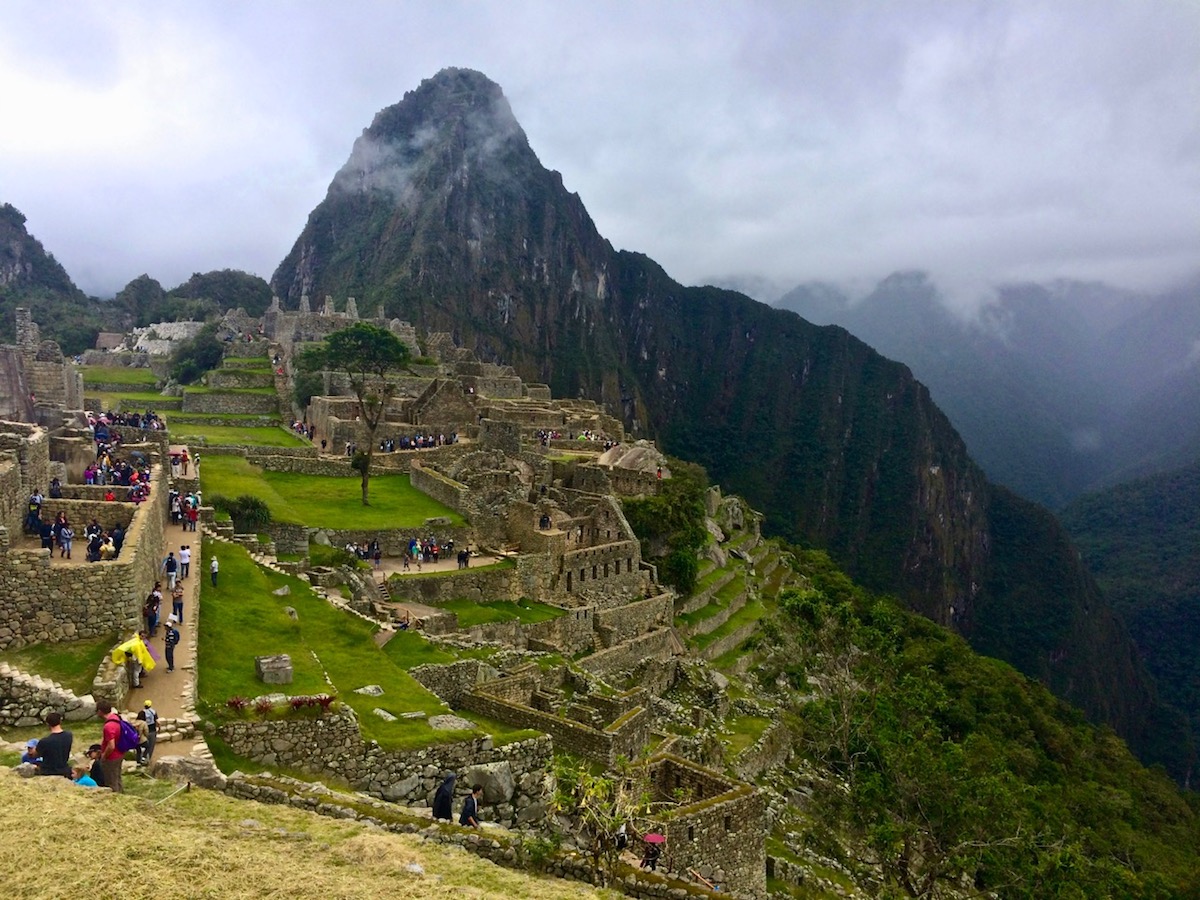 It’s the edge of midnight and he’s losing it. The thick, flesh-filled folds twitch on the back of our driver’s neck as he fidgets with his Panama hat. Wiping the pouring sweat from his forehead, he peers past the fog roiling around the bus, out into the gloom.

And here I am, my thoughts skipping beats like a Ritalin-addicted ferret. “Not again!”

He chuckles and we’re instantly slaloming into the oncoming lane for a better angle of attack on the next S-curve, Isle of Man Race-style.

I close my eyes and press my head against the seat in front of me. I’m the sole, conspicuous gringo in a bus crammed beyond capacity, creasing mile after stomach-churning mile through the Andes.

With each soul-crippling curve, the bus lurches violently, provoking an outburst of frenzied Spanish from the tortured voices quailing from the back.

The mind’s constantly screaming, “Do something!”

But the body’s glued here, trapped to this seat. So I’m stuck here, basking in the joys of travel.

What is travel, after all, but fleeing from life’s normalcies? Why does my electric razor start smoking when I plug it in? What’s a Delta-Wye transformer? What IS the cross currency exchange rate between the moose jaw centennial and a rai stone from the island of Yap? For that matter, what is the proper etiquette for hailing a cab in Mongolia? How does one get a wifi password in logographic kanji? How did my luggage make it to the other side of the earth without me? Hola. Excusez vous but vas linguaggio naar je sprechening? Oh, and why am I straddling a freshly dug pit swatting away tropical sand fleas when I could be seated on a post-1851-style toilet with all its newfangled technologies, like rolled toilet paper? WHY?

And what’s this oversized ladle for?

My stomach tightens. Bodies twist from the torque of another S-curve.

I tuck in my arms and do the calculations. Five hours walking at altitude bookended by a full day’s worth of jitney shuffles on planes, trains, and now what quasi-officially counts as an automobile. The tourist trifecta. Did I shower today?

None of this fazes the Peruvian sleeping beauty draped on the seat to my left, head burrowed deep in her red traveling jacket. A strand of spittle vibrates on her tucked chin as she snores, blissfully unaware of the mass psychotic breakdown afflicting the passengers still awake.

The driver exchanges glances with his thick-jowled wingman, who flashes a devious smile. Suddenly, ear splitting Andean flute opera cranks up from the battered boombox perched lazily on his lap.

High-pitched screams from the back.

The playlist instantly shuffles to fare from ABBA, Journey, The Beatles, and some Phil Collins thrown in for good measure.

I look back just in time to see an old lady slap some young guy so hard his chullo flies off.

Maybe he got too handsy?

The brim of a cowboy hat pokes the back of my head, and a wrinkled face juts past me, mottled lines creased with age. A spastic finger shakes circular jabs at the driver’s back, driving home some urgent point.

Wait! Calm down. This is my fault. I should have known better than to wake up one morning, take a hard look in the mirror, then head to the first place picked at random by a drunk at my favorite dive bar. Voila! Instant lifestyle switch.

Now I’m a world traveler. Sounds so exotic. Never mind that dead-end job I ghosted. That’s so yesterday’s non-news. Now I’m an expat. Worldly. Cultured. Cosmopolitan. Really? How will this play out? Me posing in a blazer and khakis at far-flung cocktail parties drinking wine spritzers, telling most interesting man in the world travel snob stories?

No house. No pension, but hey, I’ve been to Mumbai. Every year still zipping off to far-flung countries in search of . . . what? Maybe I should go run with the bulls before I need that artificial hip?

Everybody hates travel stories. Especially the insipid details and insignificant incidents, such as, for instance, falling off a precipice sometime after midnight from over a mile up in the Andes.

Our driver could take us straight off this cliff yawning out beyond his windshield and he might not even care. Anything to quell this mutiny behind him. A little zigging when he should have been zagging, then a fleeting, final nanosecond of wide-eyed, doomed clarity. The wheezing sound of thirty sphincters puckering in unison as we crash against the escarpment, churning into an eggbeater of dashed dreams, bashed brains, crunched bones, and ripped arteries. Then, a final banshee’s shriek in our collective psyches as our bodies break apart all set to the beat of Sussudio.

Randy Duke is the pen name of Doug Tesch, an avid traveler based in Las Vegas, where he lives with his Peruvian “sleeping beauty” wife Magda. He’s written dozens of short stories, teleplays, screenplays, and is now trying his hand at a book — a travelogue of his wife’s homeland, where they also plan to travel again soon. Doug hangs out online on Scribophile, where he interacts with amateur and professional writers sharing drafts of their work and feedback, and can also be reached on Messenger or via email — he is eager to hear your impressions about his work!