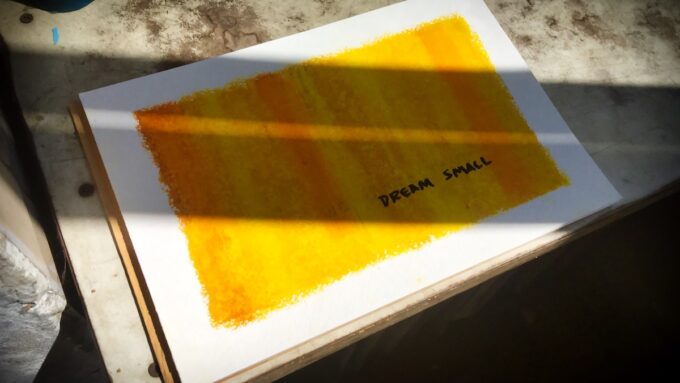 I recorded a handful of video diaries during my trek on the Carpathians in 2020, and it turns out that some of them were intended for public consumption 🙂 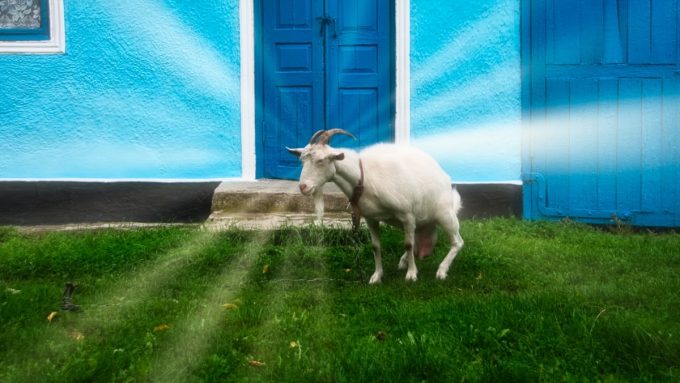 Some of what I’ve been up since my last update 🙂 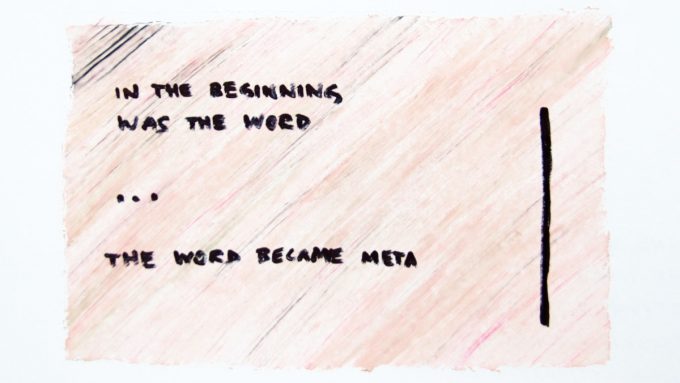 I’m taking a break to listen. 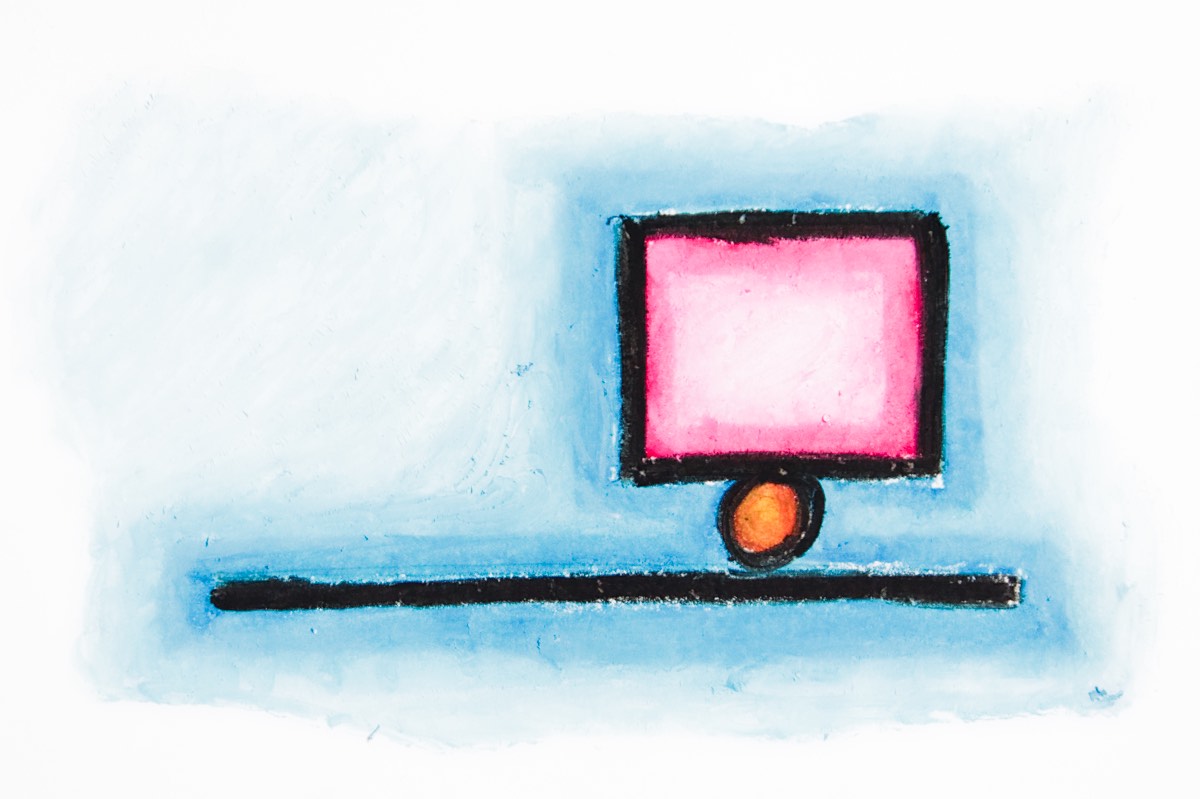 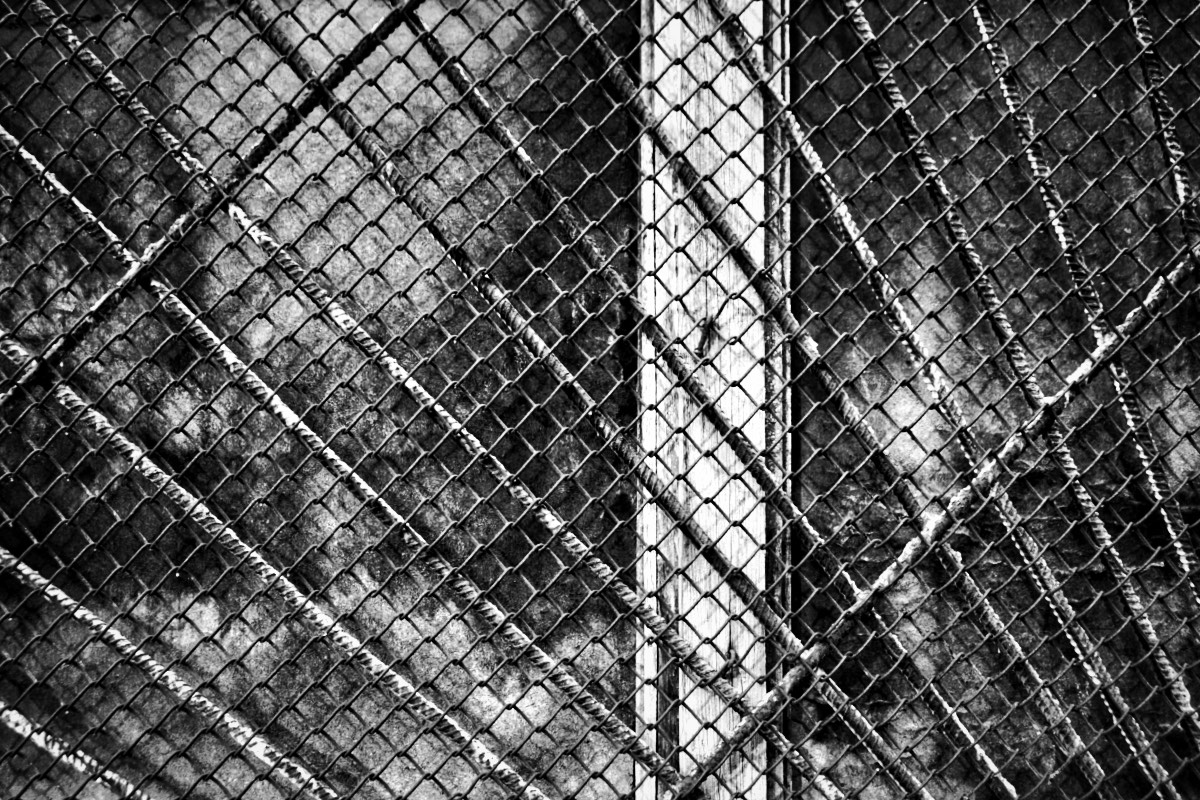 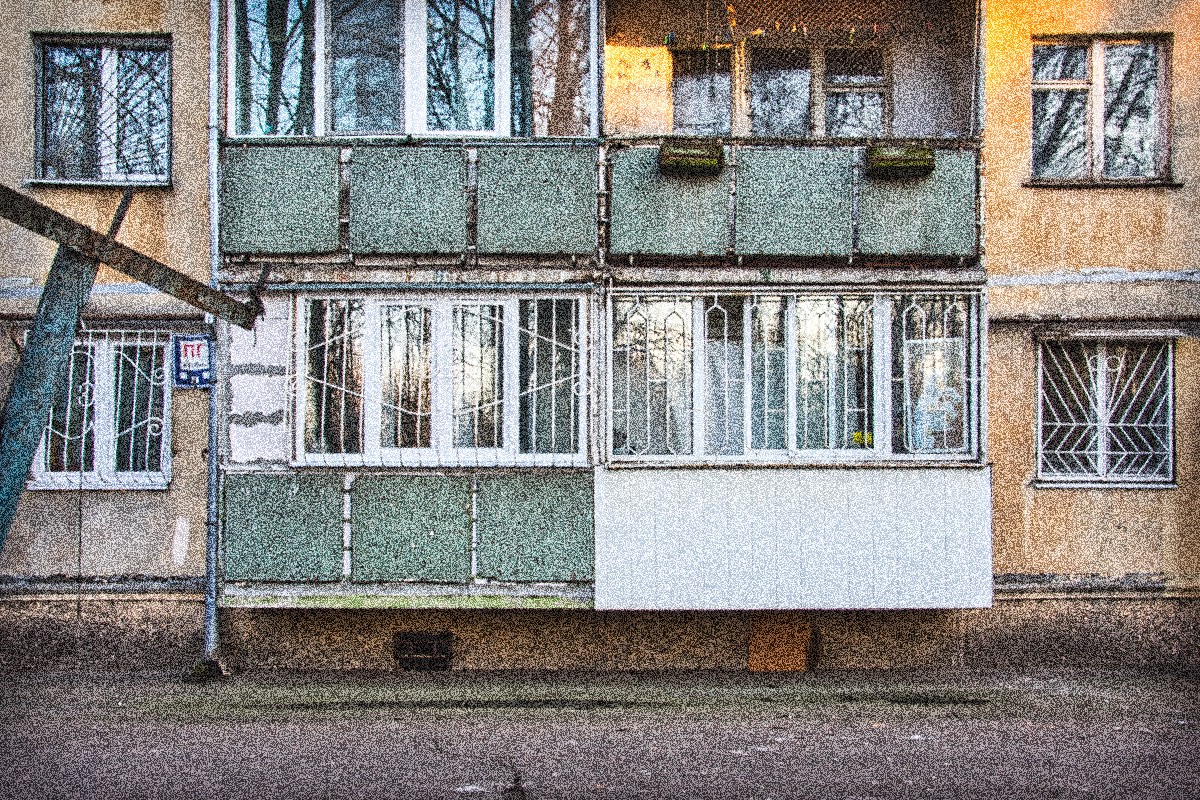 “I was unable to describe my experience in a way that interested the hearers,
or conveyed to them anything of its quality or significance.”

– Douglas Harding, in On Having No Head

Many people have complained to me over time that they would like to read and share what I write, but that my newsletter is arcane, or inconvenient, or that they can’t train Google not to send them to spam.

Now there are a couple more places where you may track what I’ve been up to, and creating in reaction to it:

If you were happy with the way things were as a newsletter subscriber, you don’t have to do anything — the mailing list will remain the core of the Not Mad Yet operation, and the newsletter will keep reaching you straight into your inbox just like it has before 😉 — and if you were unaware of the newsletter and would rather follow me via email, you may sign up here.

I hope this helps! As usual, I look forward to your feedback 🙂 I plan to run this as an experiment until my next yearly website update, then reassess. 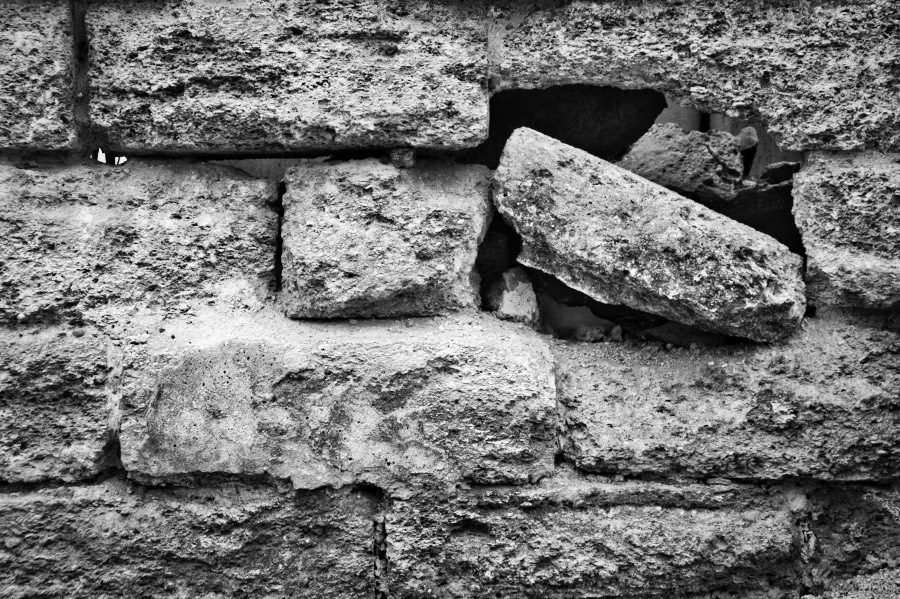 A couple of weeks ago, it was the first time I noticed how much the chirping of the birds in my neighborhood varied over time — while I sat to meditate under the instruction to listen to sounds, I could eventually distinguish four or five different patterns and timbres. That perplexed me — the only birds I remembered having seen before were the stupid pigeons.

I could also hear the ebb and flow of not so distant traffic one building over. It’s occasionally cut by the impetus of a hasty driver, the screeching breaks of a marshrutka with long-overdue maintenance, or the higher-pitched motorcycles — more subtly, by the incomprehensible audio announcements when the lights in Odesa turn green for pedestrians, the tram’s palpitation along its tracks, and the steps and chatter from people passing by.

I couldn’t quite account for some distant, irregular beeps — could they be the check-out terminal at the convenience store?

Surprisingly, the waves of traffic noise themselves were rather settling.

Of course, I am concerned — paranoid, even.

I’m anxious about Granny and her 85 generous years. They were celebrated a few weeks ago by an entire day in the hospital for surgery in the knee. “It’s now or never,” the doctor told her as COVID-19 began to take hold in Brazil. “Then let’s do it now because I won’t be able to handle the pain,” she replied.

I can do nothing but be grateful that Granny is privileged enough to have knee surgery, and that my uncle is there to help her. I can only trust that they’re taking the necessary precautions to keep both of them as safe as possible during their follow-up visits to the doctor or the pharmacy — he’s not so young either.

I believe I don’t need to go in detail over everything else I’m stressing out about — most of you probably have your own repertoire. If you don’t, I’ve just read (and recommend) the musings of Adam Przeworski — “the greatest political scientist alive,” according to my sister — his academic granddaughter, and a reputable political scientist herself.

Since that first session, I’ve realized that some of the birds in my neighborhood were peckers! I could now hear them flapping their wings — they’d sometimes land on my window sill. On the traffic front, I’ve noticed people getting in their cars and leaving in the morning — the remotely deactivated locks, doors opening, and then closing, engines starting, the eventual departure maneuvers — I once heard the alert of a truck on reverse. Dogs would bark, cats would meow and growl and hiss, and the people would continue to talk in a growing variety of manners. I’m struggling to describe something that sounded like the loading/unloading of whatever that was, made especially noticeable by its being dropped on the ground. The proxies for the wind seemed countless — trees, clothes hanging to dry, windows popping in or out with sudden changes in pressure, dubiously installed sheets of metal, plastic or wood lining the outside of each balcony according to the taste and financial means of its stewards. I found out that those mysterious beeps came from the magnetic locks of the next building, as they were invariably followed by the entrance doors snapping shut.

Who knows what else was there to notice — inside my apartment, I could often hear my flatmate or our cat on top of my breathing, swallowing, and otherwise trying hard not to move — sometimes I fart, and it’s audible.

Last week I returned to Stryi, and the auditory exploration and discovery began all over again in my new environment.

If I may write about this candidly, Granny has always been just a fall or whatever away from not being there to give me her quintessential “bênça” next time I go to Brazil — my placeholder in this brief note for all the potential ruin I’m perennially anxious about. If anything, now I have a globally shared and largely validated excuse for that pathological anxiety — or do I?

Today would have been the first day of my next epic cycle tour, and that’s curiously not what I’m sad I might be missing out. Indeed, nearly everybody out there has something significant to say about the present circumstances. I fear the most that, in the future, I’ll have lived through an apocalyptic global pandemic, and will have nothing remarkable to share about my own experience — that I won’t even feel like I was part of it because I’m not a doctor on the frontlines, a leader confronted with difficult decisions, a pundit, or even a stranded traveler with a unique story to tell.

The best and, increasingly, the only thing I can do to help with this crisis is to stay home as much as I can. So, when I wake up tomorrow, I’ll once again sit down for another hour and listen for the birds. I’ll then carry on with my day just like I’d have done otherwise — bound by everything that binds me, including the now universal gravity of coronavirus. 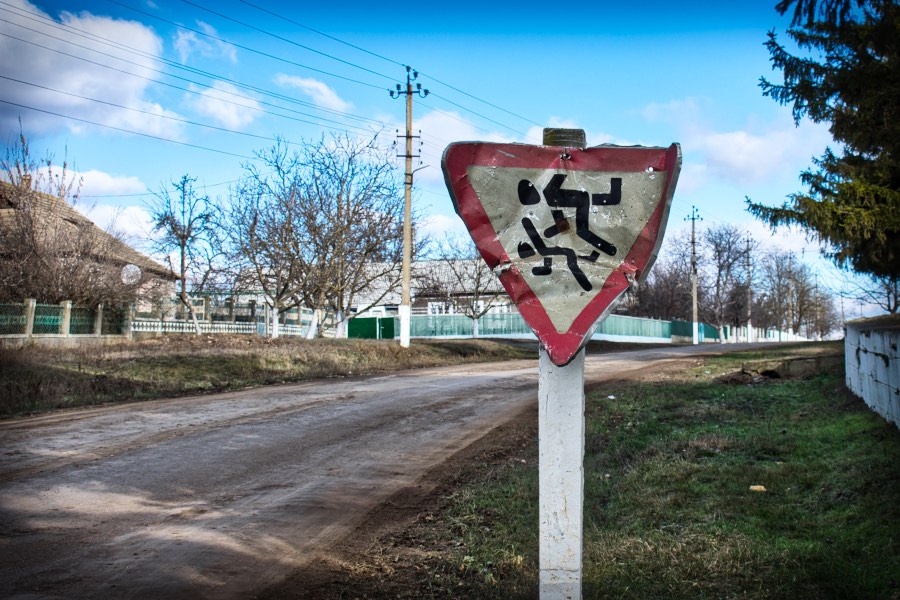 Shortly after starting this blog at the beginning of 2017, i posted a piece subtitled your ultimate New Year’s guide to sanity. It’s a self-help listicle discouraging the consumption of listicles, self-help, and the news — particularly from the algorithmically curated strain.

I thought i’d be reviewing and republishing that piece at the beginning of every year forever. I did that twice, and it’s now time to seed a new tradition.

I don’t believe my arguments on that article will do much to persuade someone who doesn’t already understand that they won’t be missing out if they don’t click on that bait — that mysteriously calculated, frighteningly alluring link at the end of whatever they just finished reading — most probably, watching. I often cannot resist this urge myself — leaving mainstream social media has not been nearly enough to turn me into the master of my attention.

A solution to this problem might transcend the intellect — at this point, i won’t be surprised if it turns out to be simpler to implement and experience than to articulate. I also don’t have one yet.

So, i won’t begin this year by telling you what to do with your attention.

Instead, i’ll start with something i noticed a bunch of the newsletters i follow do over the past several days: a brief reflection on what i believe went well in 2019, and what i would like to go better in 2020 — i’m nailing this whole Gregorian calendar thing!

I think three of each is enough.

___
Featured photo: “YIELD TO CHILDREN TRIPPING AND FALLING FACE-FIRST
WHILE PLAYING ON THE STREET” (Winter 2020)