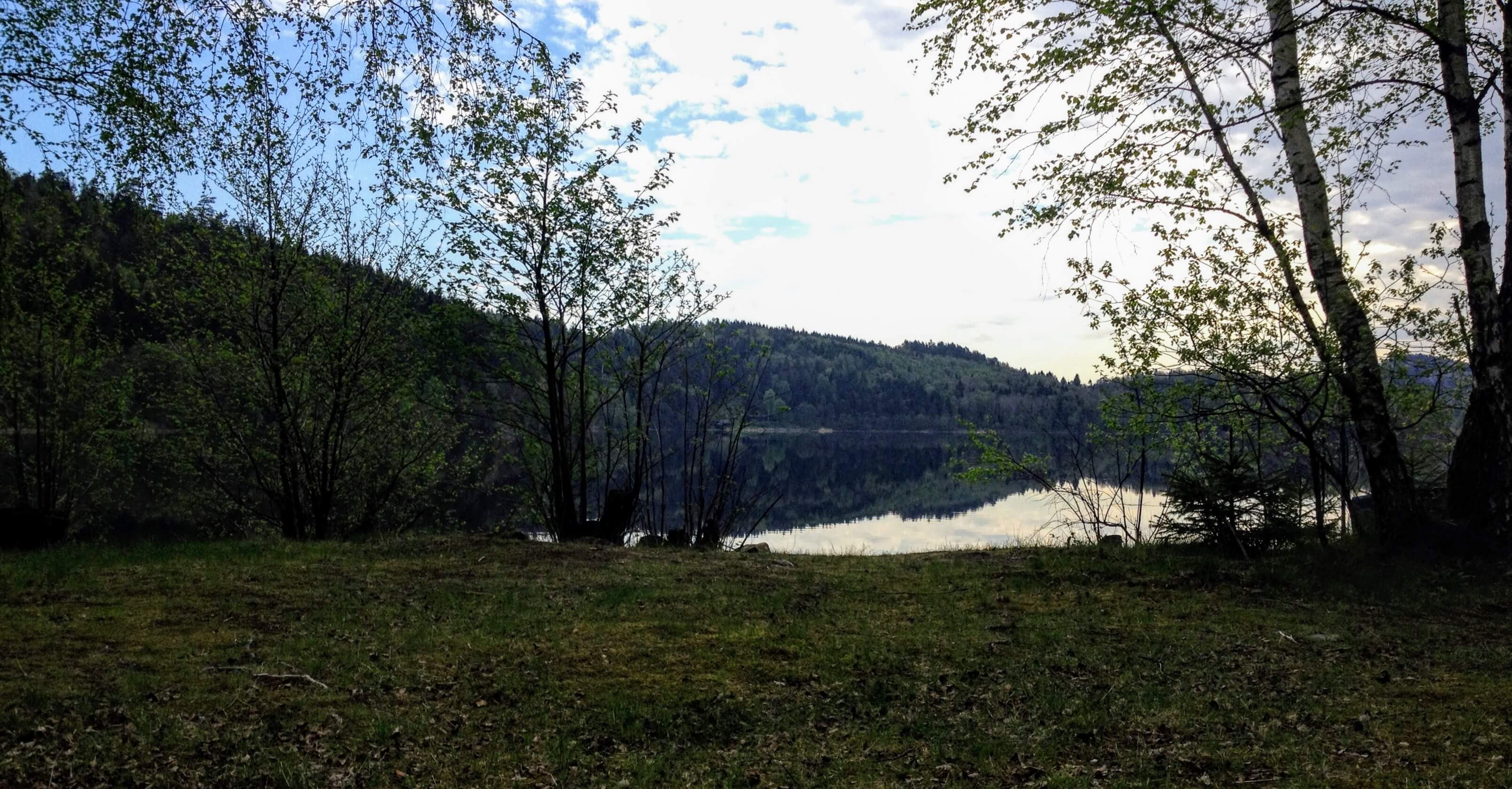 Another question often get is, “how do you manage to travel for so long with so little money?”

With plenty of time!

Thinking about this often brings me back to one of my training tours a couple of years ago between Copenhagen and Oslo, while was still living and working in the former. The experiment in that short tour was to do it without direct help from hospitality networks or paid accommodation.

The most natural path between Copenhagen and Oslo is to ride north along the Swedish West Coast. Having never done anything quite like that before, i figured that would be the perfect stage for such an experiment — Sweden has one of the world’s most generous right access culture and laws — you’re essentially allowed to camp for one night just about anywhere in the country, as long as it’s not a nature preserve, you’re far enough from developed land and leave no trace — this is literally referred to as “the every [man]’s right” — in Swedish, allemansrätten.

I had not yet discovered the amenity of a surgical water bottle bath (use your imagination), and wanted my campsites to be near the water, so could wash like we all should — with a skinny dip! It would often take me up to three hours from the moment decided to stop riding for the day until found myself sitting down to cook dinner at my campsite — this brought me to seriously consider whether ever want to be on a cycle tour in those terms for longer than just a week or two.

Upon coming back home to Copenhagen, i realized that i’d been, in a very tangible way, doing just that — working for about three hours a day to “find a comfortable place to sleep at night.” Indeed, rent for a bedroom (sharing a kitchen with five other tenants) cost me roughly one third of my salary as a postdoctoral researcher at University of Copenhagen — not to mention how insanely lucky i was to even find such a deal in that city, as those familiar with the surreal housing market in Copenhagen will certainly agree.

It got me thinking — and i still haven’t quite figured it out . . .