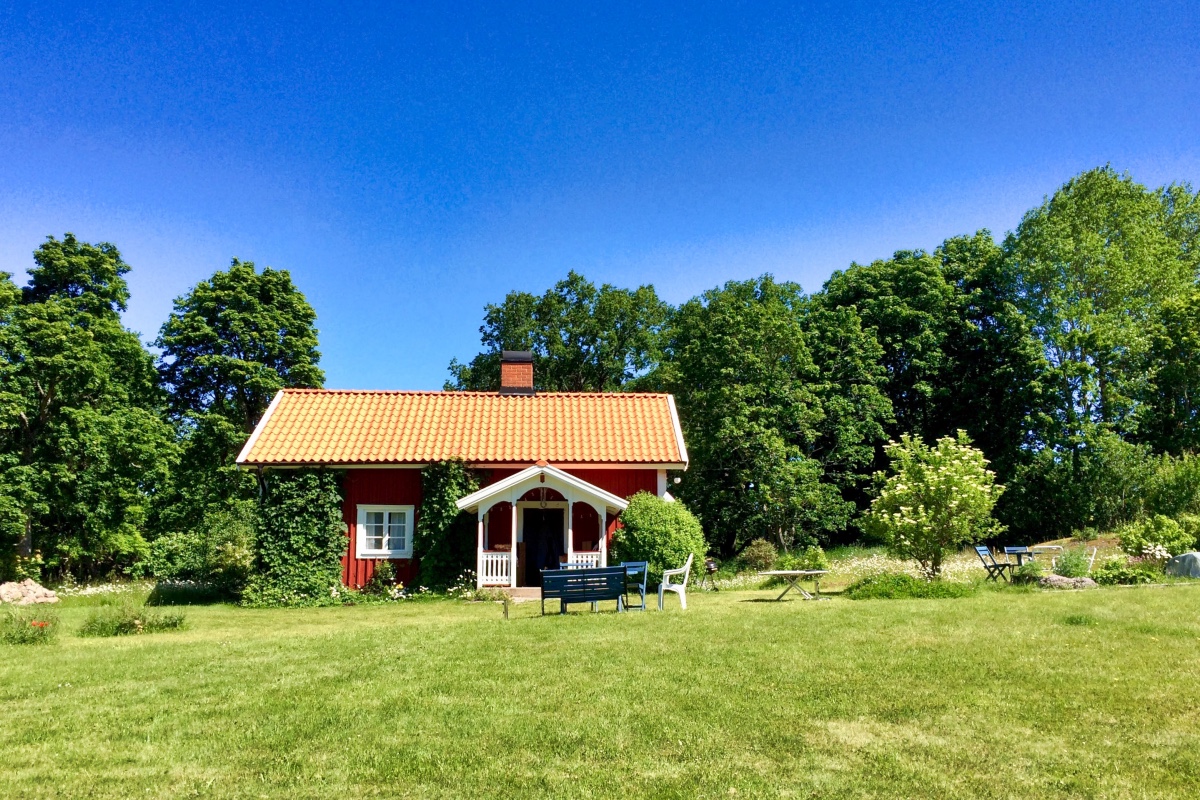 Spending the next 100 hours in complete solitude was not quite the idea when i hugged my friends Fuji and Grete goodbye. From where they dropped me off, i still had another couple of kilometers of walking along a dirt road to Fuji’s family’s Summer cottage on the Swedish countryside. The idea came up as i walked past the last house before the cottage, and gradually settled along the rest of the way — what if i went not only offline, but completely without interacting with other human beings for a while!?

The longest i’d been in complete solitude like that before, as far as i can remember, was about 24 hours. It happened last Summer, in the Faroe Islands, where the only mammals i interacted with in between the gentleman who gave me a ride to the trailhead and the girl starting that same trail as i walked out of it the day after were sheep — tones of sheep — and their poop — absurd amounts of it.

I’d been longing for an extended period of solitude ever since. It doesn’t seem very easy to find space and time to be alone in this world. There are people pretty much everywhere you go — even in the Faroe Islands! Plus, i keep finding out that we actually need them more often than i’d like to admit — and they probably need us also.

But i could not let this opportunity pass — i had access to clean water and enough provisions for more than a week, my closest neighbor was almost one kilometer down the road, and i couldn’t anticipate anything that might happen in the world that might require my attention in the immediate future.

Before i share with you some of my raw impressions from this experience, a quick disclaimer though. You might find most of what you’ll read below rather unimpressive — at least i did to a large extent.

Perhaps 100 hours is not that long — perhaps being alone in a Summer cottage i was already familiar with and with lots of entertainment is very different from being alone in a remote trail in the Faroe Islands — i did not have any remarkable insights. I didn’t meet any inner demons i wasn’t already expecting, and i didn’t face any problems that didn’t turn out to either have a trivial solution, or be something that didn’t really bother me after all.

I’m also interested in hearing about what may have been your own experience doing something like that, or what might be your expectations about it — please feel invited to answer to some of the questions below in the comments, or by email.

And i think that’s really about it

Like i said, there wasn’t anything terribly deep, particularly intense or remarkably insightful. Oh, well — it is what it is.

I’ll let you know if i do a longer solo retreat though, or at least in a different context — and if anything else comes up — You please do the same 😉

___
Featured photo: my friend Fuji’s family’s Summer cottage, where they and their friends come throughout the season to enjoy the light, the slow and the quiet — and which i was kindly allowed to use for my retreat and other experiments (Sweden, Summer ’17)

Enjoying my creative experiments and collaborations?
Sing up for my newsletter to be notified when something new comes out 🙂