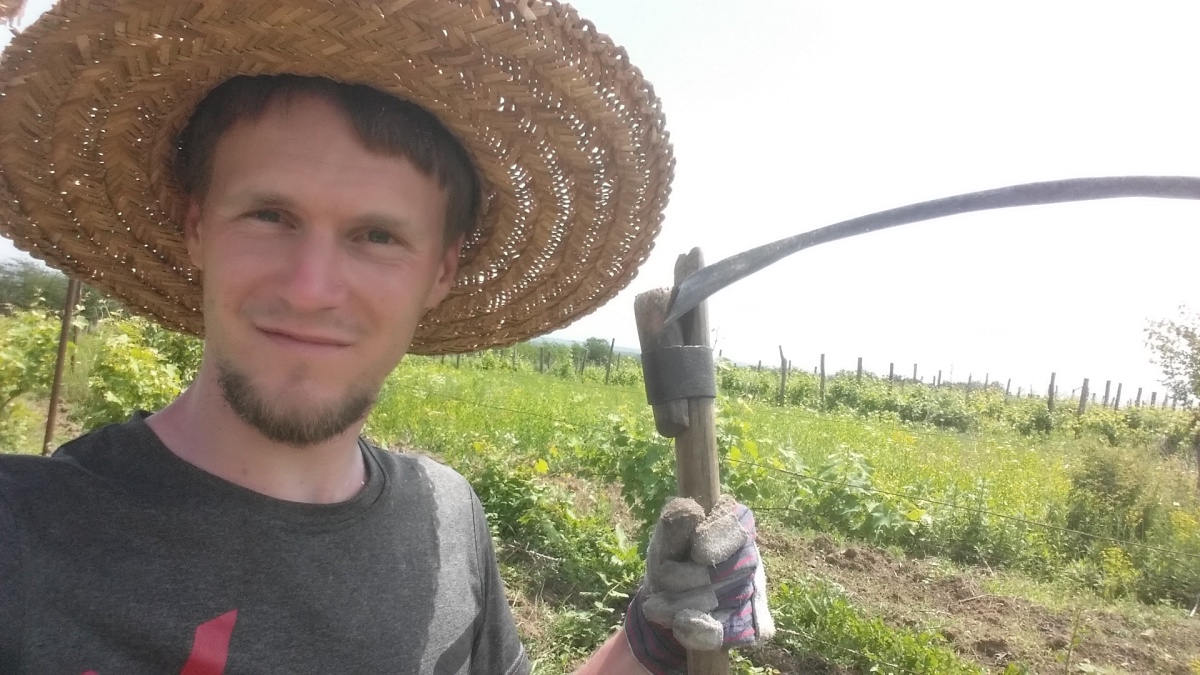 I’ve been feeling a bit worn out by my own stories lately — perhaps also a bit pressured (even if just internally) to keep churning them out.

I feel like it is once again time to surrender to the present — and because i want to keep up with my weekly newsletter output, i decided this would be a good opportunity to try something different: to share stories from other travelers’ perspectives!

The first one is a conversation with Rico Noack, a Couchsurfer from Germany who stayed with us for one night with his friend Kristin back in January. Rico and Kristin were especially energic guests. While we were sharing travel stories over dinner, i felt inspired to revisit an idea i had first considered a couple of years ago — to record and share conversations with fellow long-term travelers talking about their experience on the road 🙂

After they left, Rico and i kept corresponding, and eventually had a couple of calls during which we recorded the conversation below:

If you prefer, you may also download the audio.

In our conversation, Rico told me in more detail about how his travels evolved, from typical family holidays while growing up, to his first independent trip to visit a friend in Bulgaria (and also first time Couchsurfing) in 2012, his time living, traveling in and falling love with Romania between 2014 and 2015, and finally his half a year cycle touring and backpacking from Azerbaijan to Georgia, then around Kyrgyzstan, Tajikistan, Uzbekistan, Russia, and back to Azerbaijan in 2017. This last adventure is where we spent the majority of our time talking.

We also talked about his process documenting his journeys, which started as a method to manage sensorial overflow and developed into an ethical duty to share the experience with others back home, as well as where he traveled. Rico has written a chronicle of his 2015 trip to Romania, Moldova, and Italy, and is now in the process of composing another book — developing from his journals from his 2017 expedition in the Caucasus and Central Asia, and enriched with passages by Kurban Said and Chinghiz Aitmatow. He told me (via email) that “[s]haring these experiences, promoting those countries ([in] written or [spoken form]) is a way to stay in touch with them for me. And to give something back.”

It’s flattering that i can help him fulfill this duty! Truth be told, editing the audio was more challenging than i anticipated, but i enjoyed our conversation very much and learned a lot from the whole process. I hope you will also enjoy listening to it!

Questions and feedback to Rico may be addressed directly to him via email: riconoack1 [at] hotmail [dot] de.

Rico is a 29-year old social worker from Germany. He currently works part-time counseling refugees and people with disabilities for an NGO in Leipzig. Parallel to that, Rico is writing a Master’s thesis on the circumstances of disabled refugees in Germany, aiming to give the topic more exposure in the academic community. He was featured in an article (in German) on ADZ-online about Social Work in Romania, where he spent eight months as a volunteer (http://www.adz.ro/artikel/artikel/der-aufbruch-der-rumaenischen-sozialarbeit/).

When Rico is not working or writing, he enjoys cycling small dusty roads and forest trails in the countryside, spending time with his flatmates, friends, and family, as well as playing his guitar or harmonica. He invites you to listen to some of his recordings on soundcloud.

Some books, opportunities and resources mentioned in our conversation:

Annotated maps of Rico’s travels in the Caucasus and Central Asia:

Some photos from Rico’s travels (click for full view):

Enjoyed this interview? I plan to make more like it in the near future and will announce them on my newsletter whenever they go live — if you don’t want to miss it, then subscribe!