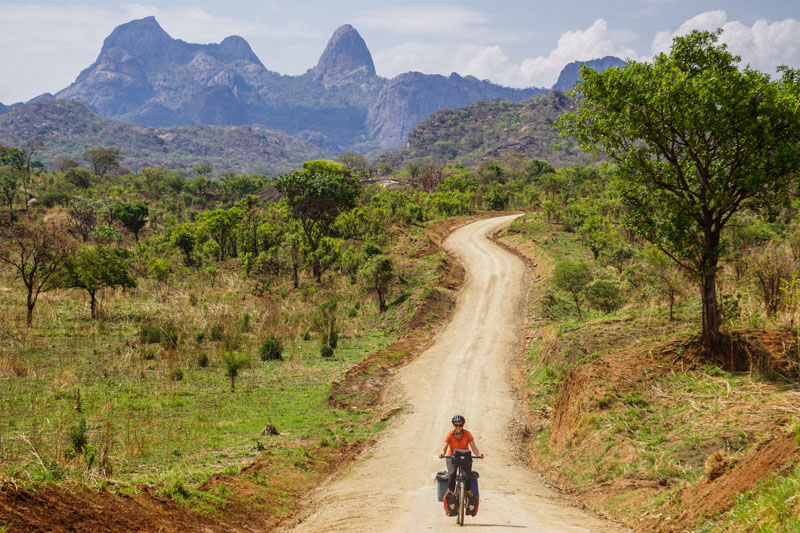 An incomplete attempt to synthesize my impressions of the blog and newsletter created by tourist Megan Jamer, “writing from the perspective of living on a bicycle.”

To me, anyway, Megan is a fellow traveler.

Although we’ve never met in person, i mean that somewhat literally — she has also dropped out of a reputable career to organize her life around long-term travel — Megan has been on the road since 2014, cycle touring (with long breaks in between) since 2015, and is currently riding with her partner from South Africa to Morocco, along the West Coast of Africa.

I also mean that figuratively — i’ve identified with her ever-evolving character as she travels, experiences, reflects, and reiterates — i look up and aspire to the sincerity and vulnerability with which Megan has come to express her conflicts, victories, and intervening lessons.

There’s enough to draw attention to in Megan’s writing that has been the premise for 131,144 words (approximately) in email exchanges between the two of us throughout the year — yep, i counted (or TextWrangler did).

To get you started, i’ll highlight her courageous transparency and bold acknowledgment of her privilege in A few things that happened after I inherited a quarter of a million dollars, written as a memoir of her previous four years on the road

I believe this is a great place to start reading Megan’s blog for at least a couple of different reasons.

First, because it gets straight to what she wants you to know about who she has come to be in her own words — this will help you understand where Megan is coming from in reading further.

Tom is another cycle traveler i follow (and respect) who has emphasized how cycle touring can be made cheap and straightforward. Megan’s naked awareness of her initial conditions and present circumstances doesn’t mean that Tom was wrong, but it dramatically refines his viewpoint — wherever i find myself along the spectrum between Tom’s yardsale kit and Megan’s trust fund (not to mention my values, priorities, mindset, and other intangibles), i have much i’m not responsible for to be grateful to for the privilege to live as i do — Megan’s writing has helped me further understand and accept that.

From the blog, i also recommend (but won’t say as much about) Paying for the water we collect, On what we call wild meat, and I deleted my Instagram account, permanently, in Uganda, here’s why — as you’ll see, Megan’s blog is not so much about cycle touring as it is about what the framework has led her to experience, and how she has processed those experiences.

Because it’s not as public as the blog (and maybe also because i’m not as attentive as i’d like to think i am), it took me a while to notice that Megan has a second outlet for her creative output, where she shares entrancing chronicles of [Where she and her partner] rode lately — they’re published as an email newsletter that is open for anyone to join but don’t appear on the blog roll. My favorite of the issues i’ve read since joining the newsletter is #21 – The Cameroon Gift Exchange, in which she develops gift into a make-shift metaphor anchoring the various stories of what they gave and received during their ride through the country.

Besides my own writing and photography, my weekly newsletter
occasionally includes reviews like this of work i appreciate — interested?